So a suicide bomber just attacked an Ariana Grande concert in Manchester United Kingdom. Of course I have been warning people that this would happen since 2014.

I feel no sympathy for the contemptuous, America Hating, Hollywood elites. These Ideological Fascists attack every person that disagrees with them. Tim Allen is a crypto-conservative and his successful show was canceled because of politics. I pray to God with every breath that the Conscious Evil of Hollywood types would only harm them and not others. Lord knows how much I have sacrificed and how much I have been persecuted and discriminated against after I created the Ban Sharia Brand in 2014. I got fired from Whole Foods Market after 12 years with the company because my online advocacy went viral, mainly because of that stupid bitch, Michelle Payne.

I’ve noticed that Donald Trump, like myself, has an almost prophetic ability. After I write something and after he says something it is as though fate conspires to prove us correct in spite of all opinion to the contrary.

You have to figure that at some point celebrities will start turning against the Ideological Fascism of Liberal Progressives. When is that going to happen? When their fans are the targets of terrorist attacks? When children are slaughtered? Or will the Useful Idiots in Hollywood and the Clowns that masquerade as comedians (I am glaring at you Saturday Night Live) have harm visited on their physical person?

Oh, on a related note, I did this Photoshop in 2014 for my advocacy. I also had my group shut down by Google for hate speech. Why? Because I know what they are thinking and what they teach? Because I can predict their behavior? 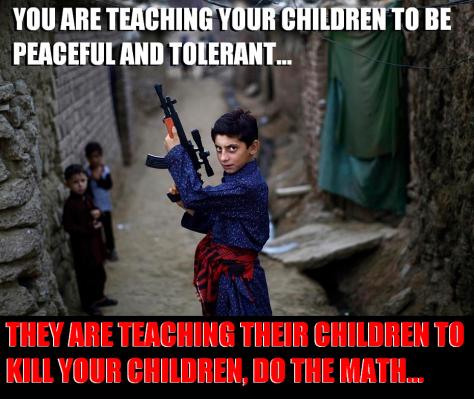 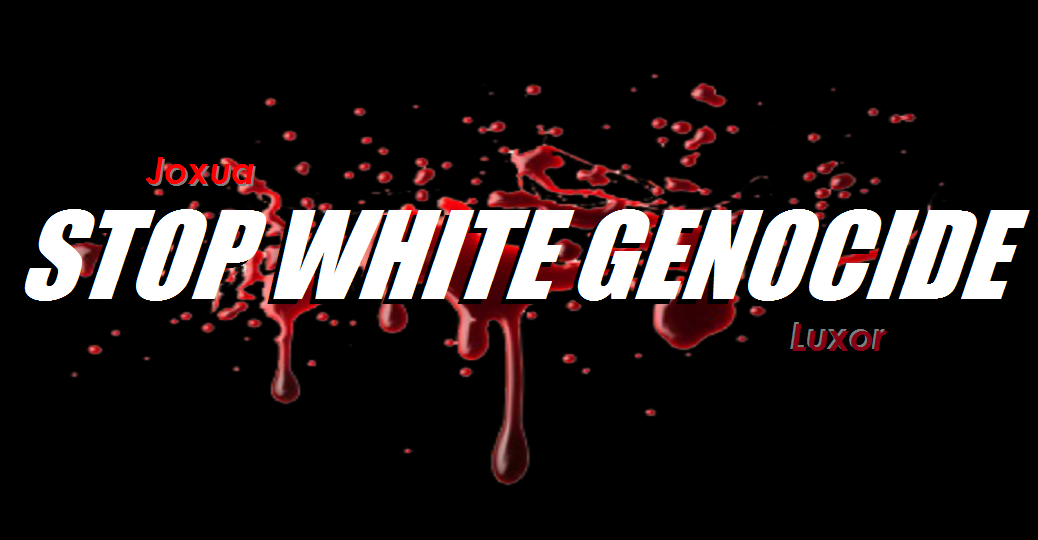 (Continuation of this Blog)

*I am not going to debate with anybody as to whether White Genocide is real.  If you want to know my thoughts on the subject you can clink on the link above & read my original blog.

What is the Reasoning behind White Genocide?  First of all you have to realize that there is a group of smug elitists that think we are too stupid to make decisions for ourselves. Intelligence & Reason are not Natural States they are Altered States because they are attained through conditioning and culturing.  Violence & stupidity are Natural States and they are far more common in the world.  If the Civilized World were to exert an influence on the Uncivilized world to become more evolved that would smack of slavery.  No matter how hard some people tried they would only be able to reach a very low level of attainment under a Meritocracy of Results.

So if we can’t hold everybody to the same standard and exert an influence on people to evolve without the obvious recriminations that have become standard and evidenced in recent history, what is the solution? Before we answer that question we have to examine another aspect of their reasoning.

From their perspective, it is the Civilized World that is responsible for all of the evils of the world, not the uncivilized world.  Because they are part of the Cult of Scientism they are trying to reify Global Warming.  They have fabricated and manipulated the data in order to create a reasoning for doing the evil they want to do. They want to reduce the Population of the Earth but stupid people are much easier to control than smart people.  In spite of their proclivity toward violence they are still easier to control. If they were to kill off the Less Evolved people of the world this would create a backlash from stupid Western Women.

So from their perspective, they rationalize that since the Civilized World (White People) is responsible for the creation of Technology they are also responsible for Pollution, the Destruction of the Planet, and Global Warming.  They would rather have us living like dumb animals because then our influence on our surroundings would be decreased.  Also Unevolved Civilizations regulate their populations with brutality and even genocide.  In the minds of these Arrogant Liberal Retards they presuppose their own Authority to Lead and they have a double standard in their own favor.  Everything they do is good because they are doing it.  They want Capitalism for themselves and Communism for everybody else.

Christianity stands in their way as do other Real Religions, Islam not included. When a man has God inside he has his Authority intact and their are certain immoral things that he will refuse to do.  They need to extract God/Authority from man so that they can demoralize him, but first they have to kill off the Christians, Hindus, and Jews.  Islam is the only religion that teaches killing of other religions from birth.  Because Islam is the fastest growing population of the Stupidest & most Violent people on earth a point would obviously be reached where the Civilized World would either Destroy Islam or be destroyed by it. While Islam would have no conscious about destroying the rest of the world and even the world itself if the Civilized World destroyed Islam we would never hear the end of it because of Liberal Retards and Stupid, Self-Loathing, Western Women.