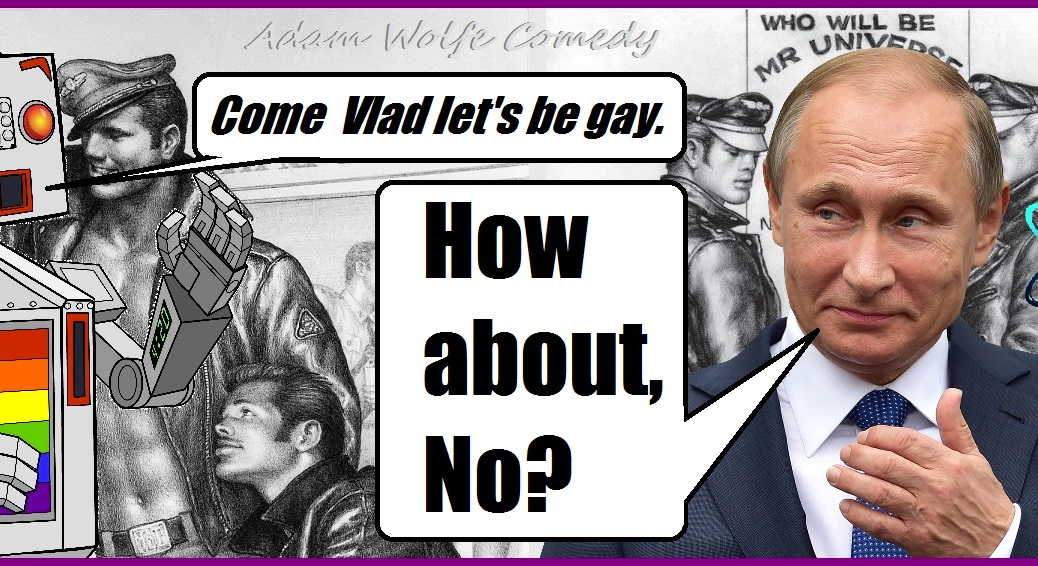 We’re living 5 years in the future now. Climate Change has been solved through Global Communism. Over population is controlled now, Muslims genocided all of the other Religions starting with the Christians. Then Muslims converted to a form of Atheism when they came to the conclusion that Allah is Science. There is a Global Religion of Science and there is a Secret Scientist Priest Class that tells people what is Moral and what they should think, say, and do. Babies are no longer born they are decanted and every child is a ward of the state.

The United Nations has been placed in power over the Global Government and the Sovereignty of Nations has been removed. Israel, Russia, the United States, and China no longer exist, they were causing all of the problems. Many Jews had to die.  It is okay, everybody is a Gay, Muslim, Atheist, Science worshipper, now.  Everybody on earth is happy. Did I mention that everybody is gay? Oh, yeah, well kind of. The Government provides sex robots for every person but if you don’t have a homosexual robot then you are a bad person. This is how they control the Population. Should the robot not satisfy your needs and you have sex with another person you won’t be able to procreated which could be a slippery slope back to over population.

Whole Foods is the only grocery store and they only sell Organic Soylent Green. 35% of the population works for the Government and tells the rest of the Population what to do. The Government owns all of the Businesses. There is no smoking except marijuana. There are several TV stations but everybody says the same thing and looks like Rachel Maddow.

(REST OF THE ARTICLE HERE)

My medium blog was suspended because I didn’t conform to Ideological Leftist Fascism.

One thought on “Homo-Fascism & the Liberal Agenda”